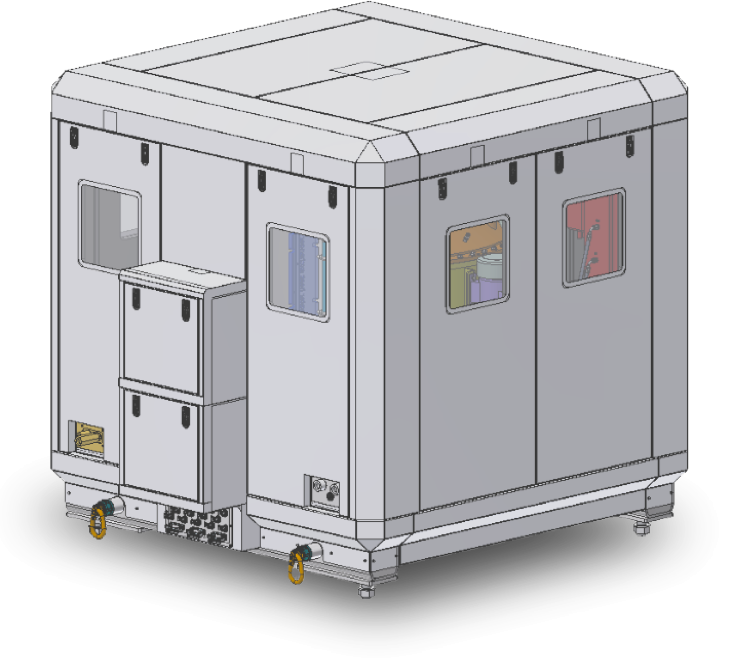 Why Active Drive is Needed

A gyroscope, subjected to roll motion, will develop a natural precession torque that will tend to naturally drive the gyroscope to move in its gimbals. Movement of the gyroscope rotor assembly in its frame is referred to as Precession. The natural driving torque depends on the gyroscope’s angular momentum (how big and fast the rotor is spinning), ship’s roll rate and the instantaneous orientation of the rotor assembly.

The natural precession driving torque is immediate; but it must overcome the friction and inertia of the rotor assembly; inclusive of its drive and brake mechanism, before movement will commence.

Only when a gyroscope is allowed to move in precession is a useful stabilising torque generated.

Overcoming the combined effect of friction and inertia of the rotor assembly and its brake mechanism can result in a phase delay in the response of the gyroscope, that can affect its ability to develop a useful stabilising moment.

Once the rotor assembly is moving in its gimbals and the roll disturbance changes direction, the inertia of the rotating assembly, similarly, needs to be overcome again and the assembly decelerated and then accelerated in the opposing direction. However the torque available to effect such a direction change is also diminished as the assembly moves farther from its neutral position, diminishing to zero at 90 degrees.

The limit in performance of a (undriven) gyroscope is when there is insufficient torque to overcome friction and ineria and the gyroscope ceases to move and/or phase lag becomes unacceptable. Phase lag can result in the gyroscope movement becoming erratic or making motion worse.

This phenomenon is largely independent of gyroscope size, as there is a relationship between a rotor inertia and its inertia in precession defined by geometry not gyroscope size.

It is the low magnitude of the natural driving torque available on large ships due to their inherently low roll rates that defines the need for active driven precession.
Active drive provides the means to overcome friction and accelerate the rotor assembly to reduce the phase lag to negligible levels.
Active precision drive creates the equivalent of a frictionless and inertialess gyroscope with negligible phase lag.

Active Drive is about the correct technology for the application

Gyromarine Active Drive amplifies the gyroscope’s response to small motions and ensures maximum precession results.
In the ideal condition where the output of the gyroscope is equal and opposite to that of the wave disturbance and there is no residual motion; there also exists no roll rate and no natural driving torque.

If Gyromarine is not driving
your gyroscope then what is?

A stable vessel has no driving torque to move the gyroscope unless there is drive.

The performance of a Gyromarine Active Drive Gyroscope is only limited by the ability to measure small motions independent of noise, so the control system knows which way to drive. For this reason highly sensitive motions sensors are utilised.

The periodic power demands of driving and braking are met by utilising the gyroscope rotor as an energy storage flywheel.

Gyro Marine’s intelligent controller utilises the significant kinetic energy of the rotor to provide periodic power to drive the precession and then returns the energy derived from braking to be used again next cycle. The same motors are used for both driving and braking.