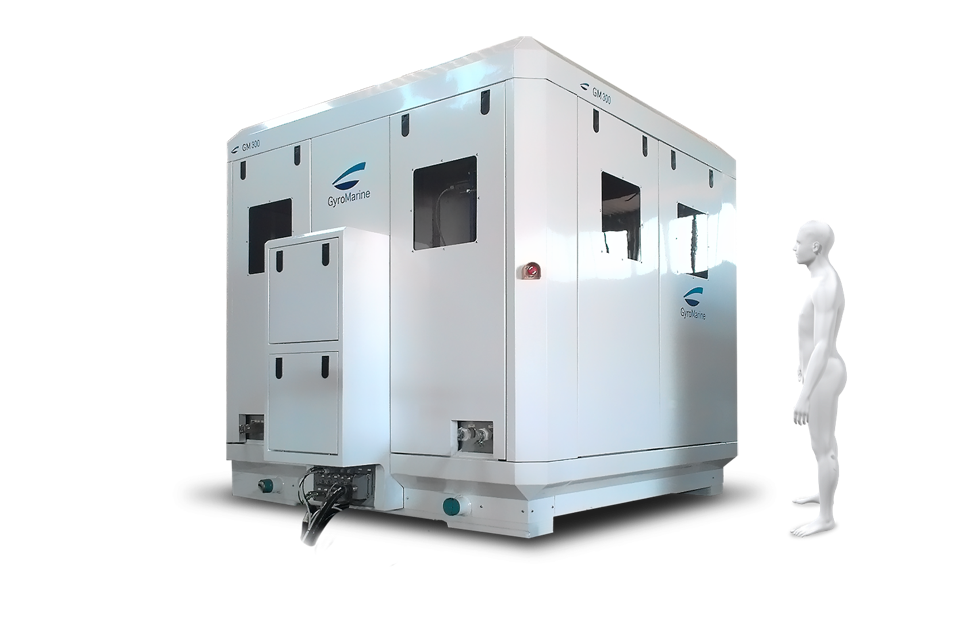 Provider of the largest capacity gyroscope stabilisers in service.

Gyro Marine is the designer and manufacturer of large capacity controlled moment gyroscopes for the international marine Industry. Our product is specifically developed to meet the stabilisation demands of large motor yachts , offshore and commercial vessels and ships used in defence and security.
We offer a range of proven, fully factory tested product; complete with in service references and application history.
Gyro Marine innovation is defined by a driven precession axis and a low harmonic all electric drive system. Our unique solution provides unparalleled stabilisation effectiveness in an energy efficient, self contained, package. 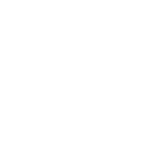 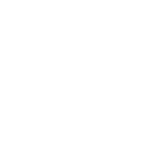 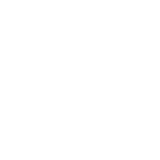 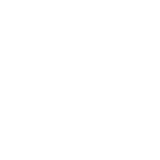 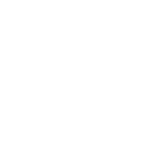 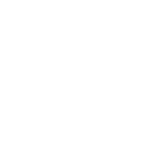 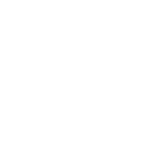 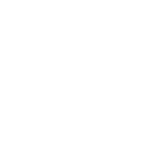 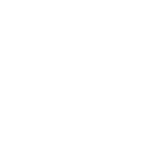 The Gyro Marine active precession drive gyroscope was specifically designed for large vessels demanding a higher level of stabilisation than can be delivered by any alternate technology.

Uniquely the instantaneous stabilising output of a Gyro Marine gyroscope is determined by a sophisticated control system and drive based on inputs from a motion sensor, rather than the movement of the gyroscope itself.

As the motion sensor is capable of detecting very small motions, the full energetic potential of the gyroscope can be realised at all times. Such an approach results in unparalleled motion attenuation.

All Gyro Marine gyroscopes operate in in a single mode of operation that is independent of vessel speed. This is particularly noteworthy when operating at loiter speeds; above the speed of zero speed devices but below speeds where hydrodynamic devices become useful. A Gyro Marine gyroscope can be used effectively at all times: along side other boats, in the vicinity of swimmers or at high speed.

Intelligence in control is about maximising what you have to achieve the best possible result at all times. This requires measurement of the environment, machine parameters and ship interface.
A sophisticated self tuning control system maximises energetic performance at all times. Gyro Marine Active drive will actuate the gyroscope to the full extent of its’ capacity; as defined by its available power and load limits at all times. Provided there exists residual motion there always remains improvement to be realised.
The intelligence in the Gyro Marine solution is to keep the control fluent, smooth and quiet. Precise control without producing adverse higher frequency motion, cross axis influence or power irregularities that may be felt by the ship or power grid.
An ergonomic touch screen interface provides for single button operation. Gyro Marine autonomous control will manage and monitor the entire operating process; from power management to system health monitoring. In the case of a fault, or if further system information is sought, an operator can drill down into and vast array of monitored system parameters. These same parameters are accessible remotely via an internet link for remote support from anywhere in the world.
With such advanced features as electronically controlling backlash to minimise gear noise or limiting start sequences to remain within electrical energy balances. Intelligence is inbuilt by design.

Gyro Marine’s gyroscope energy management system levels and lowers the average power consumption as seen by the ships’ supply. Fluctuations in power consumption due to the periodic movement of the stabiliser are internally managed so the that the ship grid feels a more constant load and the net power consumption is minimised.
Low harmonic distortion is ensured by a full active front end and line filtering. GM Gyroscopes already satisfy future classification guidelines (RINA, ABS, GL, BV, LR, DNV) in respect of harmonic voltage distortion with thresholds less than 5% THD.
A Gyro Marine gyroscope will use its own kinetic energy to power itself for ride through capacity during power interruption or for managed safe shutdown during blackout.
The energy invested in starting the gyroscope can even be harnessed and returned to the ship grid on shutdown. In extremely rough conditions, excess energy can be continually harvested and made available to the ship grid.

A Gyro Marine Gyroscope is completely installed within the ship. There is no hydrodynamic drag. The installed weight of a gyroscope ( circa 2% ship displacement) typically represents a lower net speed loss to a ship than would the drag loss of hydrodynamic stabilising devices. This equates to more speed or increased range for the same speed.
In many cases, such as patrol boats, the total cost of ownership of a Gyro Marine gyroscope can be fully offset against the lifetime fuel saving when compared to hydrodynamic devices such as fins.

Safety of a Gyro Marine gyroscope is implicit in selection. The installation involves a contained solution entirely within the safety of the hull envelope. No hull penetration, no fouling risk and no danger to ship to boat or waterbourne activity.
Gyro Marine Gyroscopes are designed to operate with rotor speeds commensurate with engine speeds, there are no exotic materials in use and the main bearings and key machine elements are based on industrially understood components and sound engineering. Stabilising moments will not capsize the ship and structural loads are commensurate with hull girder loads. The crew are protected from moving parts and electrical hazard by an acoustically lined enclosure.
Performance of each machine is monitored by a 100 point monitoring system with integral structural load limiting and backup braking capability. In the event of a power loss the control system will utilise its own kinetic energy to manage a safe and monitored shutdown. Further more all operation is made with full respect of voltage harmonic thresholds to protect ship and ship’s equipment from harmful harmonic distortion.

All Gyro Marine Gyroscopes are delivered as functionally complete and tested machines. Installation effort is minimised by a simple, single plane mounting and plugged cabling. A full electric drive configurable in frequency and voltage with an active front end minimises infrastructure cost to support.

Locate anywhere on hull with equal effect and entirely within the hull envelope.

This permits location away from accommodation and in easily serviceable spaces. With integral lifting and service points, each gyroscope is designed to be fully maintainable and overhauled throughout life in situ.

Operation is also simplified with a single mode of operation for all conditions. Whether at speed, at rest or anything in between, the control system will manage performance.
A Gyro Marine gyroscope can continue to stabilise against passing disturbances in harbor and in in vicinity of aquatic activity and other vessels.

All Gyro Marine gyroscopes are designed, sold, engineered, manufactured, assembled, tested and serviced in house.
Commencing with performance simulation and backed by full scale load cell measurement, quality can be verified at every stage of the project. All machines are fully factory tested at load on an in-house test stand before delivery and once installed, the gyroscope can be used to demonstrate its own capacity by exciting the vessel to roll in calm water.
Manufactured under quality system (UNI EN ISO 9001 ed. 2000) and environmental management system (UNI ISO 14001 ed.2004), Gyro Marine uses marine approved key components, certifiable to RINA, ABS, GL, BV, LR, DNV.
All machines meet classification guidelines (RINA, ABS, GL, BV, LR, DNV) in respect of harmonic voltage distortion thresholds less than 5% THD. Gyroscopes can be built to Classification witness. 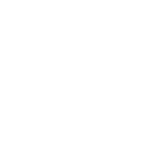 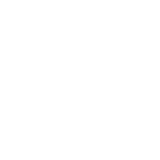 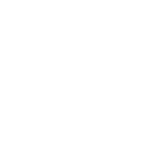 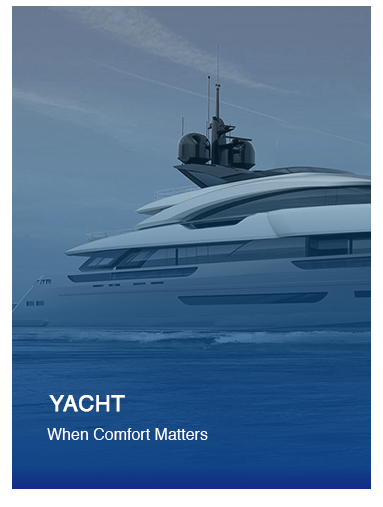 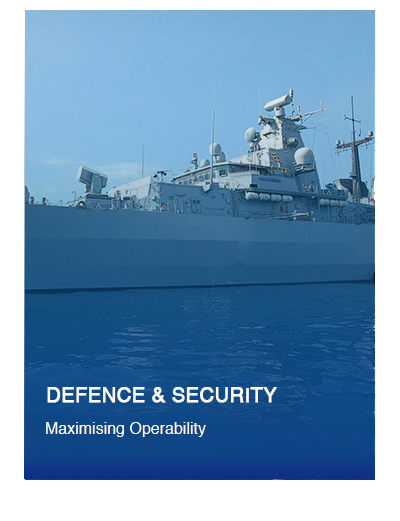 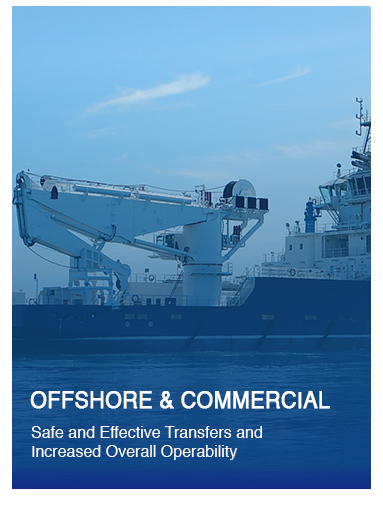 Why Gyromarine’s Active Precession Drive is Required in Larger Applications [6]. 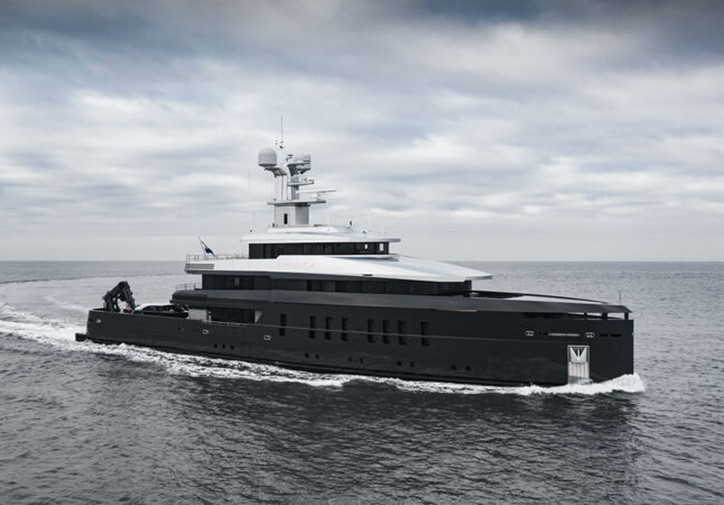